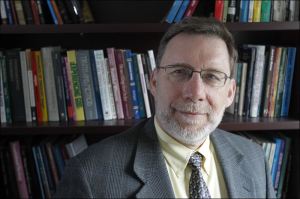 I was born and raised in a military family. I spent much of my childhood and youth traveling and developed a lifelong appreciation for the diversity of peoples. My parents retired in Austin, Texas when I was 17 and soon after I began my collegiate studies at the University of Texas. After a brief stint majoring in business, I shifted majors to the humanities and developed a religious studies specialization. I  received my B.A. in Humanities (1981) and then devoted the next two years of my life to working as a campus minister in Denton, Texas in exchange for room and board in the parish rectory.

During my period of volunteer work I also developed a real love for the Hispanic culture as I encountered it in the Mexican-American community there. Consequently, I decided to enroll in an immersion-based Spanish language program which took me to the small town of Chalchihuites, in the state of Zacatecas, Mexico. There I spent part of one summer studying Spanish as one of three English speaking persons in that small mining and farming town. It was an experience of cultural enrichment that has stayed with me even as my facility with the Spanish language has diminished.

After my two years of service in campus ministry I returned to school to get an M.A. in Biblical Theology at St. Mary’s University in San Antonio (1984) and then was hired by the Catholic Diocese of Ft. Worth as Associate Diocesan Director for Adult Education, primarily to teach in small urban and rural parishes that could not afford their own professional adult education ministers. I quickly fell in love with teaching, and even explored some writing for publication, with modest success. Still single, and aware of a growing passion for teaching and writing, I decided to leave my diocesan position in order to pursue a doctorate in theology. I did a preparatory year at the University of Texas studying Latin, German and Philosophy while working part-time in a parish as a Religious Education Coordinator. In the Fall of 1987 I left Austin to begin my doctoral studies at the University of Notre Dame. During my four years there I had the opportunity to study under some of the giants of contemporary Catholic theology: Richard McCormick S.J., Thomas O’Meara O.P. (my dissertation director), Richard McBrien and Catherine Mowry LaCugna. I received an M.A. (1990) and a Ph.D. (1991) in systematic theology with a concentration in ecclesiology. More importantly, it was there that I married my wife, Diana; soon after we had our twin boys, David and Andrew (later followed by two more, Brian and Gregory).

Upon graduating, I accepted an academic appointment to the faculty of the University of St. Thomas Graduate School of Theology in Houston, Texas, where I taught for ten years. The graduate school was housed on the grounds of St. Mary’s Seminary. This appointment gave me the opportunity to participate in the formation of both ordination and non-ordination track graduate students in ecclesiology and ministry. In addition to my work in the classroom I frequently gave presentations in various parish and diocesan adult education programs and began speaking at numerous regional and national conferences. The classroom and extracurricular teaching opportunities allowed me to develop my theological interests along two distinct tracts: the first was more academic in nature and was nurtured in the classroom and in scholarly publications; the second flowed out of my commitment to pastoral ministry and the importance of life-long learning for all adults.

In the Fall of 2000 I was approached by Fr. James Bacik, sometimes referred to as the “godfather of Catholic campus ministry,” about applying for an appointment as the inaugural holder of the newly established, Thomas and Margaret Murray and James J. Bacik Chair of Catholic Studies, at the University of Toledo, a large state university, This marked a dramatic shift in my academic career as I transitioned from teaching in a seminary context to teaching at a state institution of higher education. The transition was difficult at first but I came to appreciate the gifts of my new colleagues and the opportunity to introduce undergraduates to the Catholic intellectual tradition. I also valued the opportunity our family had to become active members of Corpus Christi University Parish under the pastoral leadership of Fr. Bacik. Our family experienced a rewarding decade in Toledo and we continue to cherish the relationships that we built there.

In 2000 I was also appointed by the USCCB to serve as a Catholic delegate on the US Roman Catholic-United Methodist ecumenical dialogue. I served on the board of the Catholic Theological Society of America, 2006-8. In 2011, as my second decade in academia came to a close, I was offered the Joseph Chair of Catholic Systematic Theology at Boston College. Our family was quite content in Toledo, but this appointment afforded us the opportunity to move to the great city of Boston and it provided me with the chance to join a distinguished theology faculty and to work with some of the brightest and most gifted graduate theology students in North America. In 2011, I was elected as vice-president of the Catholic Theological Society of America. In 2012 I succeeded to the office of president-elect and in 2013 as president. During my third year at Boston College I was appointed the Director of Graduate Studies for a three year term. In 2016 I was nominated by the department and appointed by the provost to serve as chair of the Boston College Theology Department.